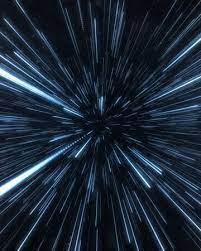 Most of the time, men don’t even know how to articulate what they really want. We say and do all kinds of things, but according to bestselling author David Deida: “at the core of the male is our desire for Freedom.” This is why a Home Run in baseball causes us to stand up and cheer, the ball is free, it’s left the confines of the park.

Another great example is the break away dunk in basketball, even if you know nothing about the game of basketball, watching a player break free of the pack and run down the other side of the court for a huge dunk makes us stand up and cheer. The best example is in the NFL, a few years ago Seattle Seahawks running back Marshawn Lynch had such a dynamic run( breaking free of tacklers all the way down the field to score a Touchdown) that the cheering from the crowd registered as a 2.o Earthquake. For Real! The play is simply known as “Beast Quake.”

What could cause such a stir in the emotions of tens of thousands of men that it would register as an earthquake?  Freedom!

The original Star Wars movies represent Freedom to the middle aged and older generation, the ability to jump in a space ship and go where ever you want in the galaxy. Also Luke Skywalkers character represents the Freedom and possibility for us to change and be the best version of selves one day. These movies stir deep emotions in us and many people can’t figure out why. It’s the drive for Freedom.

Case in point, season two, episode two of the Disney+ show The Making of The Mandalorian, the shows creator Jon Favreau was sharing about how he was getting emotional on set when R2D2 and Mark Hamill had a scene together and he didn’t know why. It’s the Freedom those two characters represented to him all the way back into his teens when he first saw the film.

This quest for Freedom also carries over into most men’s reluctance to get married, so ladies it’s not you, it’s just how men are wired. If they can get away with just moving in with you, they will, even having kids, but marriage… That strikes at the heart of their Freedom.

As we shared earlier, most men won’t know how to articulate this, I sure didn’t. When I was 25 and romancing my would be bride, part of me wanted to get married and have kids “someday,” but there was a part of me that was kicking and screaming and saying nooooooooooooooo. Also, I also couldn’t tell you why I enjoyed watching sports so much, now I know both and so do you. Feel free to set other free with this information. 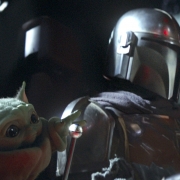 God’s Truths Through The Mandalorian
0 replies

What I learned from Redeeming Love the movie.