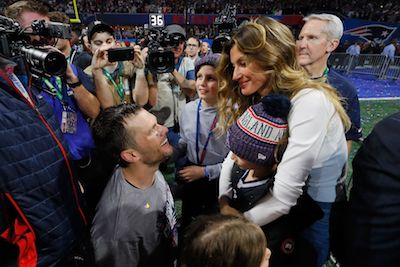 In this first installment of Life Leadership & the NFL, we will explore who’s really going to make the decision where Tom Brady plays in 2020 and why.

A few years ago, Facebook released a docu-series TV show titled Tom vs. Time. Most assumed, because of the title, it would be about Tom’s quest to play into his mid 40’s. What it really showed was how little time Tom actually gets to spend with his family. In one episode, it showed Tom & his wife Gisele surfing in Costa Rica. After drying off they they were eating lunch and Gisele said point blank “I’m done, lets just move down here full time.” In another tell all episode, it showed Tom and his son taking a trip together to China. No Corona virus to worry about back then. While they were able to enjoy some special moments together, much of their trip was spent doing interviews and big PR appearances, where his son was basically lost in the shuffle and waiting in the corner. I still remember the “can I have my dad back now” look on his sons face at one of the events.

The show (and this blog for that matter), isn’t a knock on Tom’s parenting or husbandry. Rather it simply showed how much time Tom must invest in being the Tom Brady brand. It’s easy to look down upon Tom with a envious eye and declare “nobody has a gun to his head, he can say no to all the PR, endorsement deals etc.” and of course we all know you would make different choices right? Speaking of choices, that’s what this article is all about, who really is making the choice about where Tom plays in 2020?

The simple facts are these: Gisele wanted Tom to retire years ago, they have sold their home in New England and during the Off-Season they reside in Los Angeles. My theory is, if Gisele can’t have the time she wants with Tom, then she might as well be warm in the California sunshine. I took my family to Disneyland a few days ago and we enjoyed the 80 degree temperature… in February. Alas, someone has to do it. And now Gisele wants to do it too. So if Tom is going to play, it’s going to be for the LA Chargers, otherwise he will have to play soccer in Costa Rica. Another fact to add is Philip Rivers is no longer on the team, and coincidentally he has moved to be closer to his extended family in Florida. Thus making way TB12 to open the new LA stadium in style.

Lastly and most importantly for all the husbands and wives out there. If your spouses Love Language is Quality Time, the Tom Brady lifestyle is the worst possible choice you can make. Regardless of the income and opportunities, your relationship simply won’t last. Too many realize this way too late and then wonder what happened. Men I challenge you to step up to a Marriage of Greatness and learn your spouses Love Language. Ladies, there is a pressing need for you to learn your husbands Love Language and speak it as much as possible.

I hope Tom & Gisele have learned each others Love Language and I look forward to them living happily ever after, and winning a Super Bowl in Los Angeles. 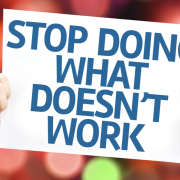 Are You Doing It Right? 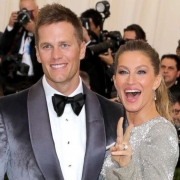 IS IT WORKING FOR YOU? 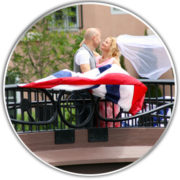 Half Way There Pod Cast
Ever notice that the feeling never lasts?

The Cure for the Corona Virus.
Scroll to top