Blog - Latest News
You are here: Home1 / What if you had it all, but you didn’t know it? 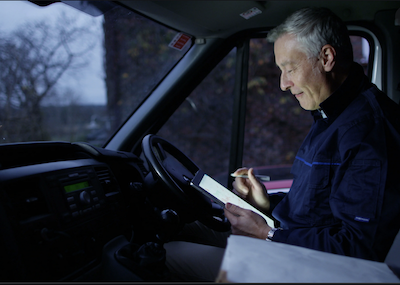 One day a famous mega church pastor was working on his new book about happiness, when the dreaded writers block crashed down upon him. He took a few deep breaths and stood up for a good stretch, it was then he noticed Carl, his delivery driver and an idea popped into his head. The pastor frantically waved down Carl and invited him into his office, Carl assumed this was about a potentially lost package but he soon found out this wasn’t the case.

The pastor noticed Carl was a bit awestruck, so he simply asked if Carl had a few minutes to help him with his new book. Carl was delighted, not only did he get invited into this famous pastors office but now he got to help him with his book. The other deliveries on his route were just going to have to wait.

Carl’s excitement took a dip when the pastor asked him how his life was going, after a deep sigh Carl unloaded some heavy baggage on the pastor. When I look in the mirror and see my gray beard Carl began, I realize I have been delivering packages for almost 40 years, lugging heavy boxes here and there and sometimes I have go up two or three flights of stairs. Then when I come home my house is empty, my kids are gone and they don’t call. Lastly when Sunday comes and I attended church here, no offense pastor but the people are always talking about big business deals, political happenings and other lofty subjects that I’m simply not a part of, so I just sit in the back and talk to God.

After much thought the pastor asked if he could pray a special “happiness blessing” over Carl and he agreed, Carl was relived to get these things off his chest and felt special that this famous mega pastor would take the time to pray for him.

One week later as the pastor was writing, he noticed Carl making a delivery and he waved him in again. Carl looked much happier and had a particular bounce in his step. Before the pastor could even ask Carl to sit down the long time delivery driver busted with exciting news. Pastor, I’m so thankful for your special “happiness blessing” it has totally changed my life, the pastor wanted to ask how so but Carl was already gushing with the answer. When I look in the mirror and see my gray beard I think of how blessed I am to be so healthy and strong. I’m able to lug heavy boxes around from here to there and even up two or three flights of stairs. Then I get to come home to a quiet and peaceful house, my kids are raised and fully independent, they never call asking me for money or to bail them out of bad decisions like my friends kids. Lastly when Sunday comes, I don’t get distracted like the other members talking about big business deals or politics, I’m able to focus all my attention on God. Thank you again pastor, I’m the happiest I have ever been.

The moral of the story is clear, now I ask you dear reader, what if you had it all but didn’t even know it?

Guess What I Get To Do?

Do You Need a Breakthrough?
Scroll to top